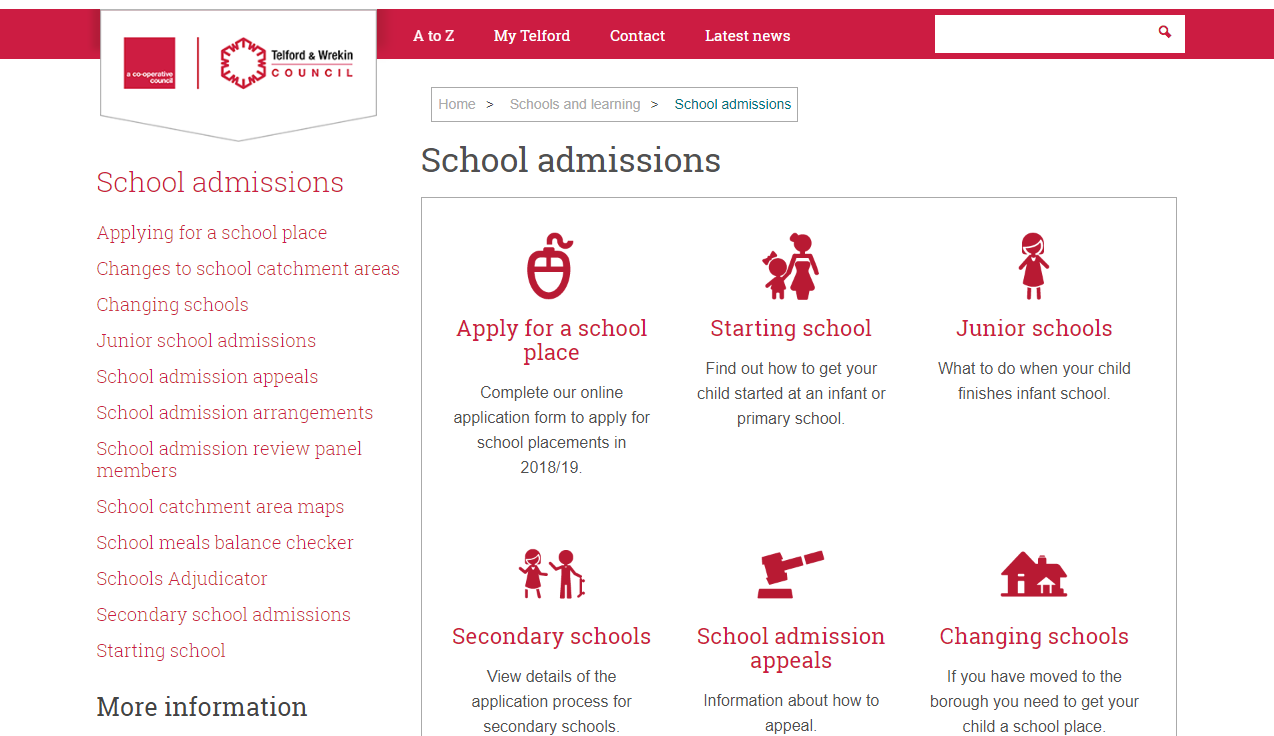 As our Admissions Authority, the Local Authority (Telford and Wrekin LA) co-ordinates our admissions. All requests for Reception children (four and five year olds) places are coordinated by the LA.

Parents of Reception children will receive a Primary School Preference from the Local Authority (LA) during the Autumn Term. This form allows you to select a first and second choice Primary School for your child.
Allocations are made by the Local Authority and parents are informed during the Spring term. The LA determines the allocation of Reception places based on factors such as children in care, children with brothers and sisters already in school and children with the shortest walking route to school. More details are available from school or the LA.
For admission to all other year groups, the school will admit children up to the class number limit, after which the class will be deemed full (30 children per class).Ensuring a successful start to school is a partnership between parents, pre-schools, schools and the Local Authority.
All children must, by law, receive full-time education from the start of the term after their fifth birthday. All children are entitled to start in a Reception class in the September after their 4th birthday. Children do not have to start school in September if it is felt that they are not ready. Parents will also have the opportunity for their child to remain in nursery provision until the beginning of the spring (January) or summer (April) terms in the year in which they are due to start in the Reception class. It will, however, be necessary for parents to confirm their preferred start date in the Reception class in advance, when they receive their allocated school place from the Admissions Team.
However, the statutory school age, by which a child must start school, will remain as the beginning of the term after their 5th birthday. For some children this could mean that they do not reach the statutory age for starting school until the September after their 5th birthday. Parents should be aware that if they choose to delay a child’s entry to school until the following September, the child would go straight into Year 1 rather than Reception.
A Reception place cannot be held open for the whole school year and a family would have to reapply for a Year 1 place; the year group may already be full.
Infant/primary schools are only registered to admit children from September after their 4th birthday.

Our Head welcomes you. Find out more about our ethos and values

Find out about the curriculum, lesson planning, exciting school trips and more.

School results, policies, reports and other formal information is here.

Discover the team that make up our school